Honestly, I cannot believe that I am writing this theory. However, when I thought about a possible character shift for Wyatt…this idea just clicked into my mind!

Effective misdirection is the key to this show, and everything is not what it seems. This is especially true when a viewer thinks that they know where the story is going, but it turns out that Tyler Perry is taking things to a place that you never expected it to go. 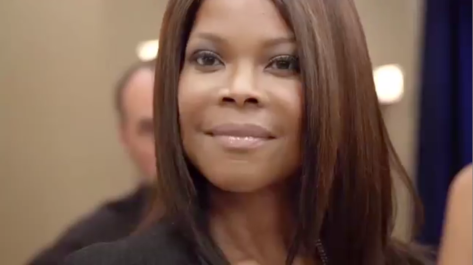 As the person who writes these theory blogs, I can wholeheartedly say that the above state is indeed a fact. Now, as we have seen since season 2; Veronica is indeed the coldest person on the show!

Recently, she has setup Wyatt to be sexually abused or raped in prison. Veronica told Wyatt that she always collects on her debts, and Wyatt will pay for trying to expose her along with his parents.

Whether or not Wyatt can recover from this has yet to be determined, but I think that he will get revenge. I am not sure who will tell him that his stay in prison was a setup by Jim, and Veronica was the one that put the real rapist in his prison cell.

I could write about 1,000 ways for this to go down! To keeps things simple, I will take a look at the end result of Veronica’s plan backfiring. 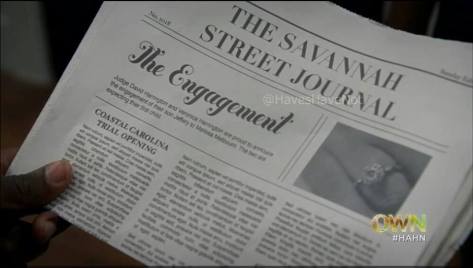 It really has to do with the announcement in the newspaper that Veronica made about Jeffrey’s “engagement” to Melissa. I don’t think that I need to remind you about her plot of getting her pregnant by Jeffrey to have a grandchild.

Melissa told Jeffrey that if he did not show up on the day of their wedding, Veronica was going to embarrass him for it.

Fans are speculating about how Veronica expects to embarrass him because he is no longer listening to what she has to say. Not to mention that she has already cut him off financially, given his apartment to Melissa and set him up to be a father; what else could she possibly do to him?

She could say something about him being a deadbeat for not getting married to the woman carrying his child or something along those lines. I was stunned that the last line of the announcement say that the 2 are expecting their first child!

My theory is that Jeffrey is going to flip the script on his mother! If she plans on embarrassing him, Jeffrey could embarrass her A LOT more! 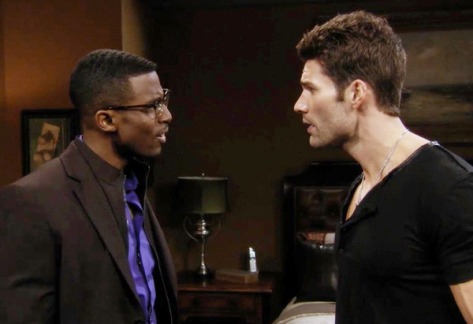 Jeffrey is in love with Wyatt, and I do not want Wyatt’s experience in prison to turn him into a homosexual. I am not saying that to be homophobic or anything like that. Personally, I do not think that is a good way for Wyatt to open his eyes to a new world as Jeffrey put it during the episode “Two Funerals.”

I do like the idea of Jeffrey and Wyatt PRETENDING to be in a relationship just to get under Veronica’s skin!

Here is how I think this will be extremely effective, and Veronica will possibly have no way to counter this. I say possibly because Veronica almost has this internal instinct that will allow her to walk away from any bomb that someone plans on throwing her way. However, if Jeffrey and Wyatt pull this off correctly; this bomb will blow up right in Veronica’s face!

What if…Jeffrey comes out as being a homosexual to the public? How would Veronica be able to counter that? Jeffrey could either plot this prior to or the day of his wedding to Melissa!

That would be like the ultimate “SCREW YOU MOM!!!” for Jeffrey to pull off!

The reason why Veronica could not counter this is because if she did, she’d be destroying herself by doing so!

During the last press conference, Veronica was able to save face (very impressively if I do say so myself) by giving her “You people” speech. It was when she was asked about her thoughts on gay rights.

In the speech, she did not say anything about her TRUE feelings on gays, but was able to describe the states as a place where everyone has rights. She told David that she has no problem with gay people, but she does not want her only son to be a homosexual.

By revealing her hatred of her own son’s homosexuality; Veronica would be screwed!

Wyatt’s speech to Veronica about her son being gay, and her not being able to do anything was hilarious! If anything, I think that it was a foreshadowing to Jeffrey rubbing his homosexuality in Veronica’s face!

Remember that Wyatt said he loves how Jeffrey is attracted to him, and it makes Veronica squirm! It is so hilarious that no matter how tough Veronica tries to be, if someone even mentions Jeffrey being gay; it shuts her up fast!

How this will change anything about Melissa carrying Jeffrey’s baby is beyond me. I am still not 100% sure that she is REALLY pregnant, but then again that’s just me. I know that the pregnancy test said that she was, and she continues to bring up the fact that she is having a baby.

The fact that she was in the restroom so long when she was at the hotel just does not sit right with me.

I’ve said it before and I will say it again; I have a feeling in my gut that Quincy is going to show up to “Jeffrey’s apartment” and find Melissa there by herself! Not so sure that the encounter is going to go over well…

In any case, I think that Wyatt would be more than willing to play the role as Jeffrey’s man just to get back at Veronica for what she has done to him!

The one thing that I really think Jeffrey could do to make things even more deliciously spiteful to his mother would be to come up with a sappy story. Remember that he was on stage with his “girlfriend” Melissa. The reporter stated to Veronica that it was clear that her son (Jeffrey) was not gay because he was standing there with his lovely girlfriend. Jeffrey could spin things saying that he was never comfortable about who he was until he heard his mother’s speech about gay rights at the press conference.

After hearing her talk about equal rights and acceptance, that gave him the courage to come out and be who he really is!

He could bash the engagement by stating that it would not be fair to Melissa or him to actually get married. Now that is how he could defeat his mother! Again, the baby seems to be the only deciding factor in this theory. However, I still have my doubts about her really carrying a baby…

If Melissa and Jeffrey worked together as well, I could see Veronica’s icy throne beginning to melt! However, she has literally given up when it comes to trying to fight. It is all about Veronica having Melissa right where she wants her with her family, but I think she could play a key factor in foiling Veronica’s schemes!

Is Wyatt going to become a homosexual for real, or is he going to play a game just to get back at Veronica? Even if Jeffrey comes out as being a homosexual, will Veronica be able to spin the odds back in her favor? Is Melissa really pregnant? Will she and Jeffrey get married?