There is a subject that I should address once and for all. Many of my faithful readers have been asking me about a particular topic ever since I posted my first HAHN blog. It has to do with whether or not I am a staff writer, ghostwriter or mystery writer for Tyler Perry Studios.

I must admit that if I were a HAHN fan reading blogs like these from someone who can create such elaborate twists and plots for where the story will go, I would think that person was one of Tyler Perry’s writers myself!

However, this is NOT the case… 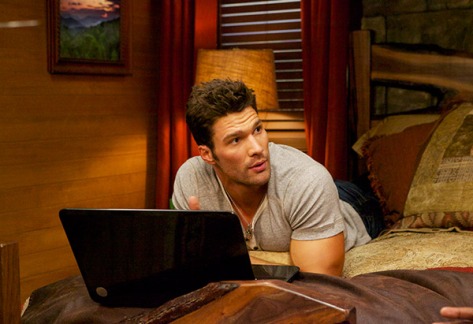 You have no idea how much I would love to work for Tyler Perry Studios! Considering that I have been writing on this blog for over 2 years without a cent to show for it, you know that I am crazy about the HAHN!

I graduated with my Master’s in Theological Studies from Liberty University in 2014, and I have been working as an Academic Advisor in the school’s online department for the past year.

Working in a call center has taught me how to deal with many types of people, and gave me a new appreciation for good customer service. It goes without saying that I have to deal with unruly students from time to time.

If I worked as a writer for Mr. Perry on this hit show making good money, do you really think that I would still be working in a call center?

That is NOT a rhetorical question to throw off suspicion, or that my job in a call center is a cover-up for me being a staff writer.

Usually, I have the same face as Candace (shown above) while I am on the phone with someone being rude or unruly. However, I thank God for giving me the patience to help work through problems with angry students to come up with a positive solution.

My mother and I watched the first episode of HAHN on OWN when it premiered back in 2013.

From there, I discovered that 140 characters on a mere tweet were not enough to express our thoughts and theories. That was when I first began to write theory blogs for the show.

Funny story, it was actually a tweet from Tika Sumpter/Candace that inspired me to do my very first blog. 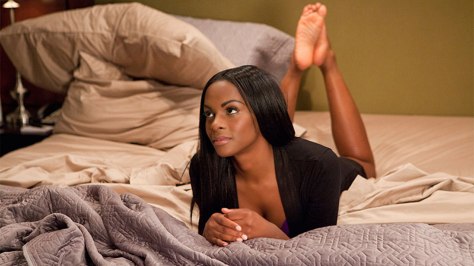 It had to do with the episode “Angry Sex” when Candace told Jim about how she feels no sympathy towards him because he has everything, but he is willing to throw it all away because he is bored with it.

I believe my question to her through a tweet had to do with Candace’s own issues. She responded that Candace knows that she is imperfect, but is secure with her own imperfections making her who she is.

Tika asked me what did I thought about that statement. Of course, I could not put my full thoughts into a single tweet, and that was how my first blog began. The topic was whether or not Jim was in love with Candace, and the rest is history! 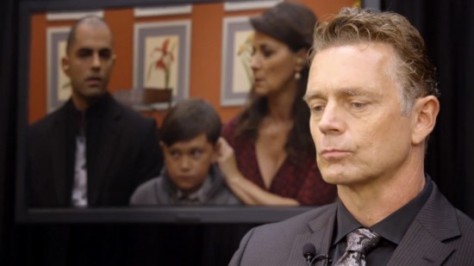 Whether or not Mr. Perry has actually read one of my blogs is still a mystery to me. However, I have heard back from nearly EVERY character on the HAHN through Twitter and Facebook!

It is such an amazing feeling to have the cast members retweet, favor or tweet back to one of my tweets where I provide a link to my blog. It makes all of the time that I put into my blogs worth it.

Even if I never receive a thin dime from TP Studios for my writing, I am still happy to know that the cast members enjoy my work. The same can be said for any readers of my blog who comment or like the post. Just one like on it means that my mission was accomplished.

Hopefully, this puts an end to the questions regarding my “position” with Tyler Perry Studios. I am not provided with any episode summaries, scripts or anything like that to use as material for my blogs.

My mother and I practically talk about this show EVERY SINGLE DAY either in person or over the phone. We come up with theories based on previous episodes, and our own personal thoughts on where the story will go next. That explains where all of my theories for the new episodes come from for each blog.

The #1 theory (at least in my mom’s mind) is that the show itself is all going on in the mind of Katheryn Cryer due to her having a dream while in surgery for her breast cancer.

Again, I appreciate everyone who has helped me in some way with my blog. Whether it was sharing my blog with other HAHN viewers, or sending a kind word with a tweet.

Even though I do not officially work for TP Studios, I would like to think that I do work for it.

Well with each blog that I write (especially during the show’s hiatus times), I like to keep fans thinking about where the season ended. Then it helps to spark interest before the new season even starts up! So, in my own little way, I do what I can to increase fans for the series.

I cannot wait until January 5th because it will be a brand new era of HAHN blogs for Season 4!

Like what you read? Then be sure to follow me on Twitter (@jccarden) because on Tuesday nights at 9 PM I’m on there tweeting during each new episode of the #HAHN! I also have a Facebook page dedicated to my blog posts and HAHN memes as well! Also follow my blog so you can enjoy my new articles when they are posted.