January 6th will be here before you know it and Season 3 of everyone’s favorite show will be back on the air! There are so many questions that have yet to be answered but perhaps some of these mysteries will be solved in 2015.

One thing that many fans are still debating about is whether or not Candace’s baby is dead or alive.

If you’ve been following my blogs since I started writing them during Season 2 then you know how I feel about the baby in terms of whether or not he is alive. There is one theory that my mother and I have been discussing for some time now involving the maid everyone loves to hate and the temptress who has turned the Cryer family upside down.

That’s right this theory blog is about Celine Gonzales watching over Candace’s baby!

Of course, at this point it is time to break it down in terms of how we came up with this theory from the beginning. There are little clues sprinkled here and there throughout the early and late episodes of Season 1. 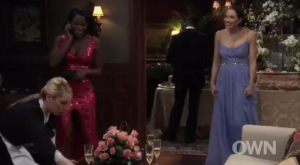 The first clue is way back in the first episode when Candace shows up at Jim’s 50th birthday party and Hanna spills a drink on her daughter after she lies to the “Haves” about her mother being dead. A shaken Hanna is in the kitchen and tells Celine that “her daughter” is right outside. Celine goes on to say that she has known Hanna for 4 years but she has never mentioned anything about a daughter. Benny was the ONLY child that Celine knew that Hanna had.

Now that clue could potentially mean that if Candace and Celine did know each other for whatever reason prior to the season starting that she did not realize she was Hanna’s daughter. Keep in mind that Candace said she had been studying Jim for quite some time before “making her move” into his life. She infiltrated it not only through prostitution but through becoming friends with his daughter and aside from that she could have known Celine was a maid at his home too.

If I remember correctly, Celine and Candace never made physical contact with each other even when Candace was at the Cryer mansion. The only reason that Celine would know if Candace had shown up was whenever Hanna would come into the kitchen freaked out because she had shown up.

One could also be suspicious at the fact that Celine told Hanna NOT to tell the Cryers that Candace was her daughter. At first, she told Hanna it was for “job security” not to say anything about it. However, it could have meant something more… 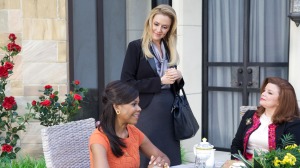 We move onto Season 2 and Maggie brings about a very interesting clue in regards to an “untraceable” phone purchased by Celine a few weeks prior to Candace showing up at the Cryers front door. From that phone there were 17 calls made to Candace!

There are 2 scenarios in regards to who was using the phone to contact Candace and why:

Number 2 is the theory that most fans lean towards because it is highly unlikely that Celine would purchase a phone for Jim to use in order to contact another woman. Does she feel threatened by Candace in regards to “stealing” Jim away from her? She did tell Hanna that he does not find black women attractive (boy was she wrong about that one).

It is possible that Jim asked her to do that little task for him by buying him that phone, and with her blind devotion to him she did it without question. From there it was he who was making those calls to Candace. Now it is debatable in terms of how much contact Jim and Candace had prior to their first encounter at the hotel. Jim did say to David that Candace had texts and emails from their conversations and he called her to see him at the hotel for the first time. So those 17 calls and their prior contact would have been going on in-between the few weeks between Jim “finding” Candace online and her showing up at the hotel.

At this point you are probably wondering; what does any of this have to do with Candace’s baby? Well hold onto your hats because I’m getting to that part right now!

In the Season 2 finale, Celine tells Jim that Carlos (their son) figured out who Jim was because he remembers from when he used to hold him as a baby. She even says that he knew Celine’s husband was not his biological father because he did not look like his other siblings. 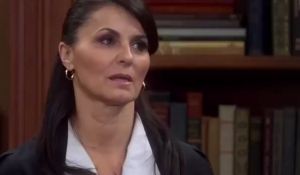 An episode or two prior to this, Celine says that she is no longer the “babysitter” of Amanda and Wyatt because they are grown. She goes onto say that she has a VERY young son at home to take care of so she is not the caretaker of the Cryer children anymore. This means that Celine potentially has a young child at home that she is taking care of.

This leads to the question: is Candace’s son alive? 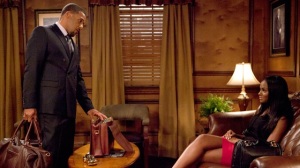 I actually think that Candace was lying when she told Benny and Hanna that Quincy killed their son. Candace is a liar and this has been proven on more than one occasion. This is not the first time that she has pretended to cry. Remember when she was “playing” with David like she was being raped when he said she was not getting a sports car to go with her $100,000?

Then in the finale, Hanna even says that she does not believe Quincy killed that little boy. She tells Candace that she can feel in her heart that her grandson is alive somewhere and that she is going to find him.

However, where will she begin to look? Does she even have any leads? There are so many questions in regards to how Hanna will find her grandson.

Back when she was talking to Byron, she did ask him to start investigating where her grandson was. Now she is not on speaking terms with Byron so there is no telling if he will even look for the baby at this point. If he wanted to get back on her good side then something tells me that he will start to look for the baby.

The old saying goes that you will find the answers that you seek in the last place that you would think to look. With a heavily strained relationship with Celine that has turned hostile it would appear that she would be the last person to ask about her grandson.

Finally, we need to do the math to try and pinpoint how long Celine has had the baby if she does have it. In order to do that we need to recap the information that has been discussed up to this point; 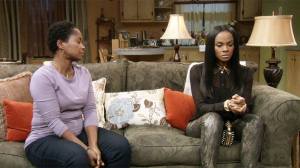 So there is a gap in time between the start of the series and the 2 year period when Candace took away her son from Hanna because she said her grandchild was with her 3 years before Candace took him.

If anything, I think Candace wanted her baby to be safe and did so by placing him into some sort of protection agency. She did tell Hanna she had a nanny, but of course that was a lie. However, Celine could possibly be this “nanny.” 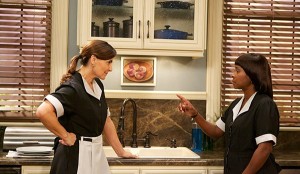 What do you think? Does Celine have Candace’s baby? Is the baby even alive? If Celine does have the baby then how will she use that against Hanna (if she can because Candace might have paid her to take care of her baby without telling anyone)?

Let’s just hope that Season 3 brings us some answers rather than more questions! I have a few more theory blogs to put out there before January 6th involving even more mysteries. If you want to read them just follow my blog so you will know when they get posted. Also do not be afraid to comment below with your opinions on this theory along with any other theories you want me to look into.