Mrs. Brief is one of the characters in the Dragon Ball series that we never saw age from her first appearance in Dragon Ball to the Kid Buu Saga of DBZ.

Considering she doesn’t appear during the 10 year fast forward to the end of DBZ or in GT it can be assumed she passed away sometime during that gap.

In theory, she’d be in her 70’s because Bulma was in her 50’s during that time frame.

It is confirmed that Dr. Briefs had passed away sometime before Age 780. 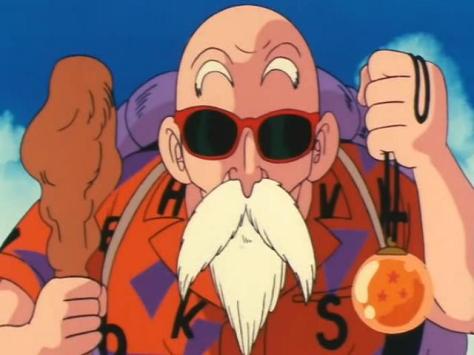 In any case, I am willing to bet that she did not age before her death. Now we know Roshi drank from some kind of “fountain of youth” to retain his physical appearance. I doubt the same can be said about the First Lady of Capsule Corp.

Now here is the theory; we know that the Red Ribbon Army went bankrupt trying to compete with their main competitor: Capsule Corp. Due to the success of Dr. Briefs’ Dino-Cap or Capsule it became the #1 technology business in the Dragon World. 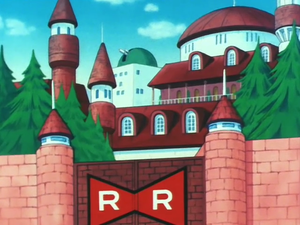 The loss of such a major business competition was kind of what drove the RR Army to seek world domination instead due to them not being able to “control the world” through cash and technology.

Dr. Briefs wasn’t exactly a spring chicken by the time he developed the Capsule technology. It stands to reason that he spent most of his life in school and from there working on his inventions. That would leave little to no time for him to actually pursue a romantic relationship, get married, have kids and start a family.

I’m single but I know that relationships do not come easy and compromise is a big part of any successful relationship. I doubt that there were few if any women who were interested in Dr. Briefs BEFORE he became rich and successful because as I said before; I’d wager most of his time was spent doing research and inventing things.

Not too many women would like to feel neglected because their man is busy in his lab working on experiments. Also a relationship would take up a lot of time and keep Dr. Briefs from doing what he loves above all else: inventing things.

So it stands to reason that Dr. Briefs developed and built the “perfect wife” someone who submitted to him, never fussed or argued with him, was very human-like in appearance, could bear him children and NEVER age!

But wait how could an Android have children? 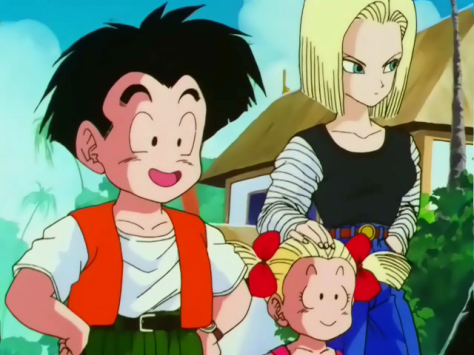 Remember #18 had a daughter with Krillin! She was first a human and thanks to Gero became a cyborg. She still had some of her human biology (reproductive organs) allowing her to bear children, but due to the “operation” she too never aged.

Apparently not just her physical appearance but also body hair because when some of her hair was cut with Future Trunks’ sword she was mad saying that her hair didn’t grow back. Hinting that the conversion from human to Android kind of “froze her in time” with eternal life.

This of course would mean any children that she conceived would just be normal humans like Bulma!

So you are now probably wondering that if Mrs. Briefs IS an Android that would mean either Dr. Briefs developed the conversion process first (before Gero) or somehow stole it. Well I’d wager that Briefs DID develop the process of either building Androids from scratch that were purely robotic (like Gero did at first before using human-based machines) or came up with the method to bestow eternal life to a human by converting them into an Android.

Considering Gero was in the rival company, it stands to reason that he might have somehow stole the idea for himself to use for the RR Army or as the anime/manga displays he came up with the idea himself in their quest for global domination! Of course Gero would use the designs for more lethal uses instead of just creating a female companion.

Considering that she most likely passed away before GT, you are probably wondering that since she is an Android with “eternal life” how could she die? 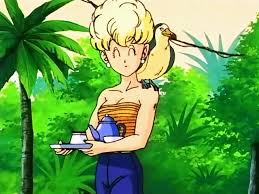 Well keep in mind that Bulma’s parents were kind of strange but smart because they knew even IF they did die they could be revived by the Dragonballs (I’m referring to the Majin Buu threat) and they chose to stay in West City with their pets instead of going to the Lookout (where they would have died eventually when Super Buu turned everyone into chocolate). I’d wager they were killed when Super Buu used the Human Extinction Attack.

That right there kind of confirms that the Briefs don’t fear death because they know they could be wished back. However, I also think that Dr. Briefs probably had his wildest dreams fulfilled in his lifetime developing such advanced technology, having a beautiful wife and daughter, an alien for a son in-law and a grandson from the present AND future!

So he probably just said not to wish him back when he eventually died after the Majin Buu threat. Now based on my theory it is possible that Mrs. Briefs probably requested to be “shut down” so she could be with her husband (holding back tears here because this reminds me of that movie Bicentennial Man).

Alright now that I’ve spoken my mind on this theory you are probably ready to tell me about the long list of reasons this theory is not true. So here are a few pieces of evidence that might refute this theory;

In DBZ, when looking over the specs for #16, Dr. Briefs tells the Android that his design was far too complex for him to understand and repair. He tells him to wait until Bulma returned because she knew more about it than he did.

*Though after Bulma recreated the stop device for the Androids no one really said “Hey don’t point that thing at your mother!” *

Mrs. Briefs IS human but didn’t age in the series just because the writers didn’t feel the need to age her.

If she were an Android she is most likely like #17 and #18 being human based because she was brought back to life by the Dragon Balls! Now people ask why #16 was never revived and that could have been because he was 100% machine meaning that he had no soul, but that’s left up for debate.

Though if I were to “build a wife” I certainly wouldn’t make her to be a blonde airhead who flirts with every guy that walks in her direction!

Dr. Briefs probably created/married her to have children and someone to make him sandwiches…

So, what do you think about this theory? Remember before you tear it to pieces just keep in mind it is a fun theory that I just made up (but backed it up with facts as to why it might actually be possible).

One thought on “Dragon Ball Z Theory: Mrs. Brief Is An Android?!”