Is there anyone else but me who feels their blood pressure rise after watching an episode of the HAHN because of a heart stopping cliffhanger?

Well if you saw my previous blog about who fired the gunshot in this scene then you know that I had a few suspects other than one of Mama Rose’s boys who pulled the trigger.

However, it seems that I was wrong about it. Though near the bottom of that blog, I did mention that my theory was possibly incorrect and it would be one of the Malones to shoot the gun.

Now the topic of this theory blog is the question people are debating even more than when Benny was hit by the Black Sedan!

I will admit that it appears that Candace IS dead. Come on, we all saw it happen but we just refuse to accept it! Despite the members of the Young, Cryer and Harrington families playing big parts in the overall story it was Candace who was really the MAIN character. Going off of that fact alone it explains why so many fans do not want to believe that she was killed by the Malones.

BUT (whenever we are talking about a Tyler Perry show there is always a huge but) we have to look at the alternatives and pick apart this scene for everything that we saw from it.

We see a bag placed over Candace’s head and one of the boys holding the gun at her head. Mama Rose says “Do it!” and we hear a gunshot. In the next scene, we see Candace’s body lying on the ground and the Malones hightailed it out of there.

Candace is dead as dirt right?

There is a lot of reasonable doubt because if you look at the scene for the brief moment that the camera is on her, we don’t see any blood on the ground or from where the bullet would have entered the bag over her head. Yes, you could argue that because everything happened so fast and the camera was only on her for a few seconds that there wouldn’t have been enough time for the blood to have become visible for us to see.

For fans who say Candace is not dead, the most common theory going around is that the Malones used blank bullets on Candace.

I will say that is a pretty good theory! My mother said the same exact thing when the episode was over. The main piece of evidence for this theory goes back to Jim’s initial goal after the Malones kidnapped Candace; keeping her scared!

Seriously, it would not surprise me if all of this was a clever charade put on by Jim and the Malones to teach Candace that this is a man you do not try to walk all over.

Another thing to remember is that Candace was REALLY scared and thought she was about to be killed. Now if this really was an act then the Malones pulled it off like pros! I’m sure that anyone in Candace’s position would feel the fear taking them over especially the moment that the bag was put over their head.

Hypothetically, pretend you were Candace at the end of the episode. Let’s say someone had a gun pointed at your bag-covered head and you could feel it pressed up against your head. Now the person pulls the trigger without you knowing there was a blank in the gun. Would you fall over like you were actually shot through the head with a bullet?

Is it just me or does it look like the gun was shot near her head but not at her head?

Yes, because the psychological effects triggered by being in such a situation would stimulate adrenaline in the brain that makes a person’s mind feel the same effects as someone who was shot through the head. When that gun went off, Candace fell over like she was shot through the head with a bullet because her mind projected that image, the feelings and the pain of an actual gunshot wound. Not to mention it is said that a blank bullet isn’t lethal but it still hurts. Either that or when she heard the gunshot, she fell to the ground on instinct.

With that being said, when and if she awakens from her “false death” then she will obviously be pretty shaken up from that experience and try to find her way to…well somewhere. I’m not 100% sure where she would go to, but in one of my previous blogs I mentioned that her apartment might be her first stop.

However, we don’t know where Candace was “dropped off” by the Malones and for all we know she could be out in the middle of nowhere miles away from the city.

So now that I’ve discussed the scenario of there being a blank bullet in the gun, it is time to really look at the “theater act” that Jim and the Malones pulled off that further supports the theory that Candace IS alive and was not killed.

Once again, I have to point out that Jim wanted Candace to be scared and to stay that way. 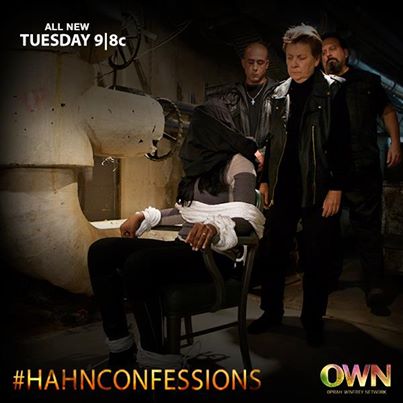 Aside from Jim making Candace fill out all of those papers, there is one exchange of dialogue between Mama Rose and Candace that makes me wonder; Did Mama Rose keep her alive?

Mama Rose talks about how Candace refuses to let anyone walk all over her, but tells her that “The Box” most likely had a gun in it to kill Candace. She goes on to say that her body would probably be dumped into a cement pit to be used in some building project for a sidewalk  or the steps in the front of a building.

If that was to be the fate of Candace, there would be people who’d literally walk all over her because her dead corpse would be buried in the cement that made the concrete for people to walk on.

Want to know why I believe that little speech from Mama Rose was nothing more than a fear tactic? They left Candace’s body out in the middle of the woods! If they were going to dump her into some cement pit then why would they just leave her corpse behind?!

Just to go back to Jim making Candace fill out all of those forms, it was probably to ensure that if Candace did try to come back for revenge against Jim after her “death” then she’d have nothing. I mean Jim has the title for her car, if Candace does try anything against Jim the forms for the restraining order would prevent her from doing anything without incriminating herself. Jim “handled it” so that he would essentially be untouchable by Candace!

As I mentioned in my other blog, if Candace was killed there would be so many unresolved plots in the show such as the whereabouts of her child or Quincy being brought out of prison to find Candace and so on. It pretty much lists out most of the unanswered questions if Candace was killed so you can read all about it in that blog. 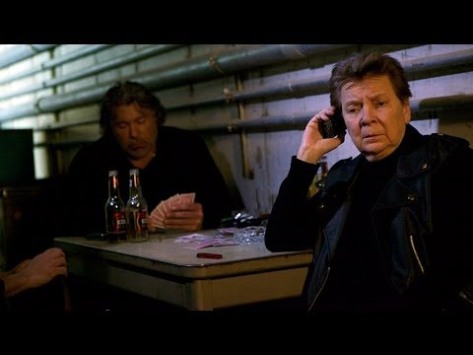 Overall, I think the primary reason that Jim had Candace abducted for her to get rid of the baby. Think about it, after Mama Rose informed Jim that Candace was NOT pregnant and asked what he wanted her to do he was dumbfounded.

He simply said to keep her there and keep her afraid until he could work some things out. Remember he did ask how she was doing in terms of submitting to his demands and that was when Mama Rose said that she was actually scared. That explains why Jim had all of those forms for her to sign so that Candace would finally be out of his hair! It could mean that he never intended for her to die but to be afraid!

There is just one more point that I’d like to discuss before closing this blog off; If Candace is indeed alive, would she try to exact revenge on Jim OR would she turn over a new leaf?

Seriously, think about that question for a moment before you quickly say something like; “Hell yeah, Candy is gonna go and rip Jim to pieces for everything that he put her through!!!!”

Did you think about Hanna?

Remember Candace (and Hanna herself) said that she ran around with men back in her day. In a way, Candace mirrors Hanna when she was younger which explains a lot about Candace’s behavior. Candace has said multiple times that living with Hanna’s “crazy ass” was why she never “found her sense” to not live the life that she is in now.

We don’t know too much about Hanna’s past, but from what we do know she wasn’t always the Bible carrying Christian that she is today.

From what I can remember, I don’t believe we know what made Hanna turn her life around. It could have been an experience like what Candace just went through that nearly resulted in the loss of her life.

It is possible that being in such a situation could help Candace see the light. That “living life on the edge” mentality has come back to bite her and there is a good chance she will not do that again. Who knows? Maybe she’ll be sitting in church next to Hanna at some point in the series if she is alive and decides to turn her life around.

What do you think is Candace dead or alive? If she is alive do you think she will exact her revenge on Jim or will she let go off this reckless lifestyle and decide to live for God like her mother?

Not to mention if Quincy does catch up to her what do you think will happen between them? Remember Amanda told him EVERYTHING including the part about her and Candace suing her parents for the $12 million inheritance, BUT (see there goes that but again) Candace had to sign the papers saying she would never approach the Cryer family again possibly meaning that she can’t get her hands on that money even if she wanted to. Well at least not through a lawsuit.

Quincy doesn’t know that and if he does meet up with Candace, I bet she will tell the truth (for once) but Quincy won’t believe her about signing those forms! Considering that she squealed on him and that landed him in jail, he would probably just think that Candace would be trying to screw him over again.

When you think about it, Amanda is becoming the new “bad bitch” or should I say “psycho bitch?” for the show and that could mean Candace will mellow out a bit. What do you think about that?

As always, there is an endless amount of possible scenarios that could occur in upcoming episodes. Let me know what you think in the comment section and let’s try to hang tough until next Tuesday when we find out if Candace really is #DeadorAlive.

2 thoughts on “Tyler Perry’s The Haves and the Have Nots Theory: Is Candace REALLY Dead?”