If the youngest son of Goku can become a Super Saiyan 3 (after fusing with Trunks) then what is stopping Gohan?

If there was ever a time when Gohan was best suited to go Super Saiyan 3 it would have been during the Cell Saga. For obvious reasons this was not possible because at that time the level did not exist, the series was supposed to end after Gohan won but fan support eventually lead to the Buu Saga and Gohan had reached his peak power.

Having some control of the Super Saiyan 2 level in my mind would make it easier to become a Super Saiyan 3. Considering that Vegeta and Goku reached the level through training it makes sense that they could transform to Super Saiyan 2 at will easier than Gohan. 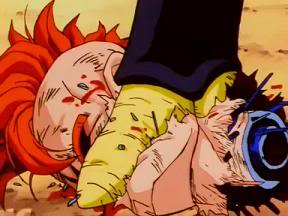 The death of #16 before his very eyes along with his dad and friends getting beaten by the Cell Jrs. caused Gohan to snap and let his emotions free releasing the power hidden inside. 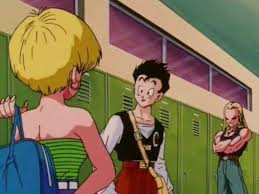 He did not train for 7 years opting to study and go to school instead of working to gain better control over the form like he had with the regular Super Saiyan transformation becoming a Full Power Super Saiyan.

Gohan never learned how to just go Super Saiyan 2 without the necessary trigger to make him mad. Remember on Yardrat, Goku worked to be able to go Super Saiyan at will rather than being enraged in order to do so. This was not the case with Gohan and his new found power. 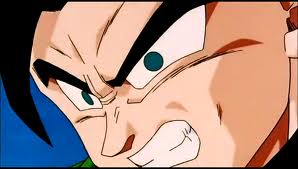 There are a couple of reasons for that:

1. Due to lack of training and as a result not being able to use the form at will, it was the cause of Gohan straining to go Super Saiyan 2.

2. Considering that he was in an arena full of people, Gohan was struggling to contain his power and keep it under control. Similar to Goku powering up against Cell, he had to really concentrate to keep his power contained when he powered up to his maximum.

#2 seems like a reasonable excuse because Gohan’s power only affected the ring and not the entire arena. It was very cool seeing the tiles floating in the air as he transformed and they all fell back into place after his transformation was completed.

However, it is also plausible that due to not gaining full control of the form it took him a few seconds to push in order to transform. 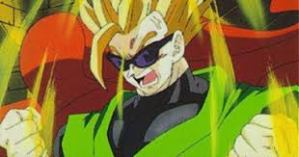 The only time that I see Gohan getting truly enraged to the point of his power reminding me of his pre-teen self against Cell was when he saw Spopvich crushing Videl’s head under his foot. He was so angry that he turned Super Saiyan and flew out of the backroom to the stage. When Yamu appeared to tell his partner to stop fooling around, Gohan calmed down.

Seriously, I don’t think Gohan got close to that kind of anger when fighting Dabura or attacking Buu’s egg.

Later on when he confronts Dabura and Babidi with Superme Kai in order to stop Buu’s egg from hatching, he remembers what Goku told him about how if he used the same power he did against Cell then there would be no one who could stop him.

Gohan was hesitating because it had been so long since that battle and he had forgotten how to unlock that unstoppable power. After some inner monologue, he powered up to Super Saiyan 2 and went in charging to attack but halted when Babidi exclaimed that Buu’s egg had reached full power!

When Gohan tried blowing the egg away with repeated Kamehameha Waves, I don’t think that was a moment where he could have ascended. I say that simply because he was attacking out of desperation rather than using a level head.

Goku’s transformation into a Super Saiyan 3 on Earth was felt all the way on Supreme Kai’s Planet where Gohan was training with the Z-Sword. Later on when he returned to Otherworld, Goku arrived on the planet and while flying with his son and the two Kais to get some lunch he told Gohan that he’d show him how to go Super Saiyan 3. This was not shown on screen but it would have been interesting to see all the same.

According to Goku these are the 3 steps necessary to become a Super Saiyan 3: 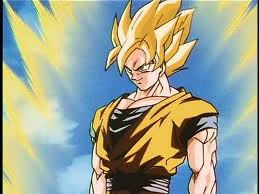 3. The next power has to come from deep inside and you have to push hard to find it so you can break down the barrier necessary to fully transform 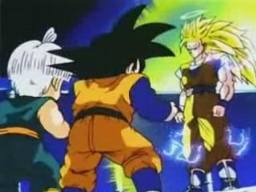 4. Tap into that and you’ll reach Super Saiyan 3!

Super Saiyan 3 is more about Ki utilization than it is about raw emotion or training like the other 2 Super Saiyan forms. Which means that Gohan would have to look at something inside of himself aside from his rage in order to get to the hidden power inside.

I think that Gohan did Step #3 when he unleashed ALL of his power to win the beam struggle with Cell’s Solar Kamehameha and completely destroyed the Android.

Goku told him to release his full power to finally end the threat of Cell. My guess is that Gohan was in such a weakened state that he was not able to go Super Saiyan 3. During Goku’s flashback to the first time Gohan went Super Saiyan 2 he was only able to hold the form for a few seconds before passing out from exhaustion since the two had been training for like 20 hours straight!

Or as I pointed out before that the form did not exist yet…not just in the DB Universe but in the minds of the writers for the show.

Gohan broke down the barriers that he placed on himself due to losing one arm after saving Vegeta from Cell’s attack. That caused him to believe that his Ki had dropped by 50% or more and why he was struggling with Cell’s Kamehameha Wave. However, despite breaking through those barriers he wasn’t able to access some hidden power because he had already released his hidden power by going Super Saiyan 2 in the first place! 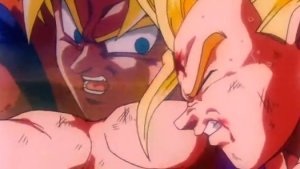 When he overpowered Cell, Gohan was just using the Ki that he thought had disappeared after his arm got blasted. To go Super Saiyan 3, it requires a Saiyan to look deep inside for a new power not a power that was already there. Goku kept telling Gohan that he already has the strength needed to defeat Super Perfect Cell and that it was just his own doubt that kept him from finishing the battle.

Let’s say Gohan’s full power was not enough and even if he gave the Father-Son Kamehameha his 100% from the start, Cell’s Solar Kamehameha still had more strength. If Gohan looked deep for more power then I could see him going Super Sayian 3.

That is because he would be looking inside himself for a power to break down the barriers of even his maximum hidden power (Super Saiyan 2). I mean Goku went to a 4x Kaio-Ken to overpower Vegeta’s Galick Gun so I can believe Gohan going Super Saiyan 3 to overpower Cell’s blast.

Could you image it: Gohan’s power instantly increasing by 4 as a Super Saiyan 3? That would be insane his blast was already huge but to have it grow in size/power by 4?! Whoa and Cell said his attack could destroy the entire solar system, I couldn’t imagine the destructive force of a Super Saiyan 3 Father-Son Kamehameha! 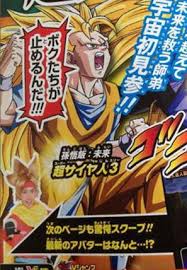 *In the Dragonball Heroes game (only in Japan), Future Gohan is able to go Super Saiyan 3.* 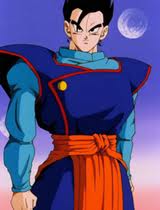 There is an interesting theory about how Gohan’s Ultimate or Mystic powers are actually a representation of him as a Super Saiyan 3. The only difference is that none of the major physical changes are present in his appearance. By that I’m referring to a lack of eyebrows and the extremely long hair. Not to mention he does not have that huge drawback of his Ki being depleted rather quickly in his Mystic form.

If Gohan went Super Saiyan 3 would it be weaker or stronger than his Mystic powers? 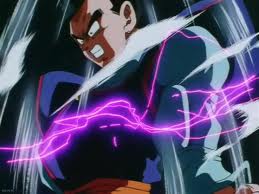 It just seems that his Mystic powers transcend anything that he could ever achieve in his Super Saiyan forms.

This diagram (click to make larger) basically spells out how Mystic Gohan is ALL of his power being utilized without the need of transforming. Add in Super Saiyan 3 on the chart on the left and it would just be another circle added while the Mystic/Ultimate one would still be the same.

Compared to the form we see in the games, I’d say this would be a Legendary Super Saiyan 3. 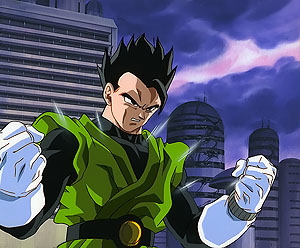 In my mind, even if Gohan were able to become a Super Saiyan 3 he would probably choose to use his Mystic powers instead. I’d say that because it is more powerful not to mention less of a strain on his Ki supply. That would be the more advantageous strategy for someone who claims to be smarter than Piccolo and tougher than Gotenks.

Old Kai told Gohan to unleash his powers by “Doing that Super Saiyan-thing you always do…” meaning looking for the power deep inside him and bring it out to the surface. This sounds oddly familiar to what Goku told Goten and Trunks to do in order to break down the barrier between Super Saiyan 2 and Super Saiyan 3!

And despite showing the ability to go Super Saiyan 2 in GT but never using his Mystic power, we can rule out DBGT as being a time where Gohan could have went Super Saiyan 3. 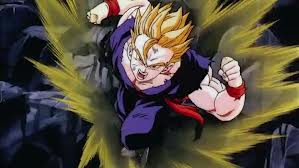 I also don’t think that he could have gone Super Saiyan 3 against Broly mainly due to his serious lack of training (despite the training he was currently doing with Goten before the World Tournament) and as I mentioned countless times before the fact that he didn’t have a good handle over Super Saiyan 2.

So there you have it! I think his best chances of going Super Saiyan 3 was back in the Cell Saga mainly due to his polished training thanks to Goku and unleashing his full power but going Super Saiyan 2. Moving on to after his power up from Old Kai, I do think that he had the potential to go Super Saiyan 3 BUT it was unnecessary.

Do you think Gohan can could go Super Saiyan 3?

5 thoughts on “Could Gohan Ever Go Super Saiyan 3?”